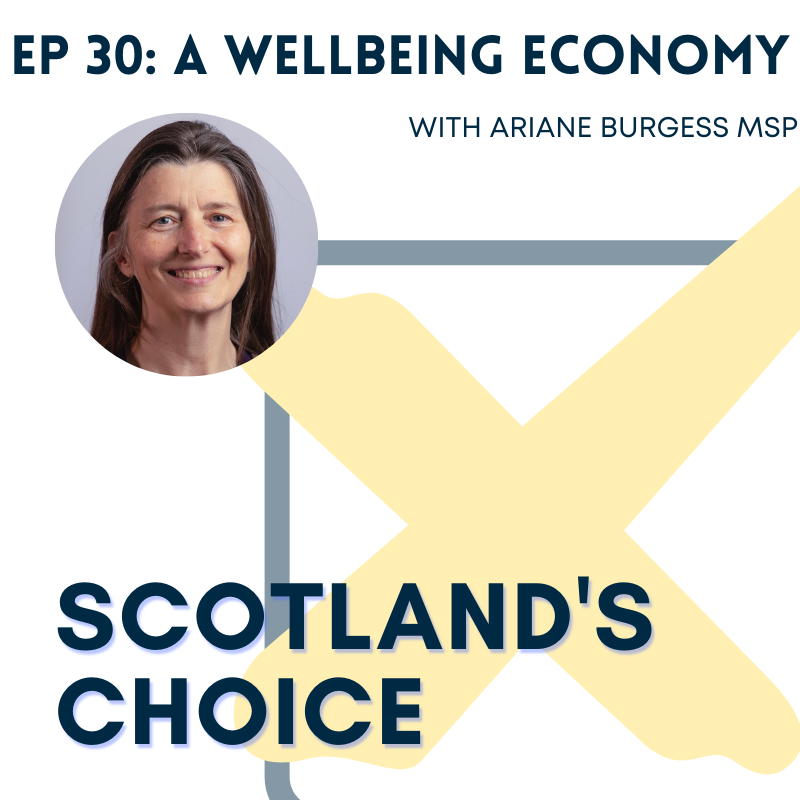 Wellbeing is something we’re all a lot more in tune with today. And there is a growing number of people who support the idea of a wellbeing economy – one that promotes looking after individuals and the environment. To discuss the (not so new) idea, Ariane Burgess, Green MSP for the Highlands and Islands Region, joins host Drew Hendry MP.

Much of today’s economic measures are focused on tracking GDP and pursuing a “growth at any cost” model. But, while, of course, GDP is necessary to take into account, it should not be considered the be-all and end-all of how well a country is performing. Bobby Kennedy said in 1968, during his presidential campaign, “GDP measures everything in short, except that which makes life worthwhile”. So, the idea of GDP not being the sole measure of a national economy is hardly a new one.

Schemes such as a 4-day working week are proposed in Scotland. With the most obvious of advantages being an increase in individuals’ wellbeing, we also see economic benefits too. So, it’s a win-win. People are more productive when they are happier and looked after.

A wellbeing economy is not just for people though. The philosophy also encompasses green initiatives. A thriving natural environment promotes sustainable economic growth as well as increased happiness in citizens.

Listen to all of the above and much more on this fascinating episode of Scotland’s Choice.