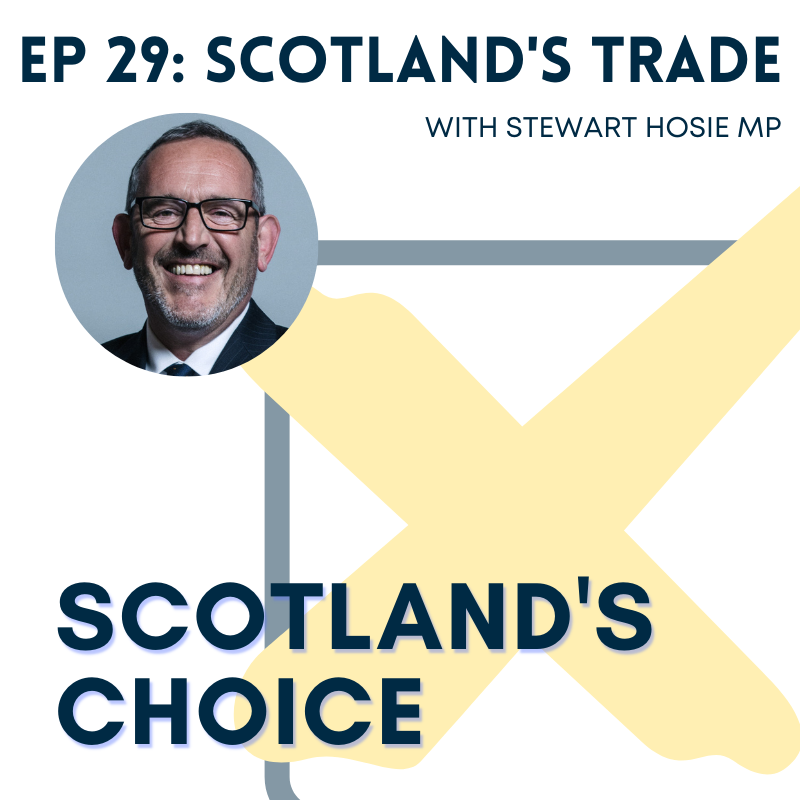 Trade is the beating heart of any economy. In its simplest form, it allows goods or services to be transferred between one party to another, in return for other goods/services, or, more commonly, money. So where has the UK lost its way with regards to trade? What’s changed in recent years that’s had such a disastrous effect?

Stewart Hosie MP has been MP for Dundee East since 2005. Now serving as the SNP’s Shadow Chancellor of the Duchy of Lancaster and Shadow Minister for the Cabinet Office, he previously covered International Trade for the SNP at Westminster – a position our host Drew Hendry MP now holds. When discussing Scotland’s trade, these two have years of experience on the matter and are well versed in the arguments and finer details to be considered.

Since Brexit, the UK has struggled to establish trade deals with countries around the world. This scramble for finding such deals has led to sub-par deals being accepted. Look no further than the recently signed deal with New Zealand which is actually expected to shrink the UK economy.

There is also the important issue of morality and ethics to consider. Present UK law allows the country to trade with regimes accused of committing genocide. Is that something we really want to be a part of?

So how could Scotland fare better as an independent country? You’ll have to listen to this week’s episode to find out!