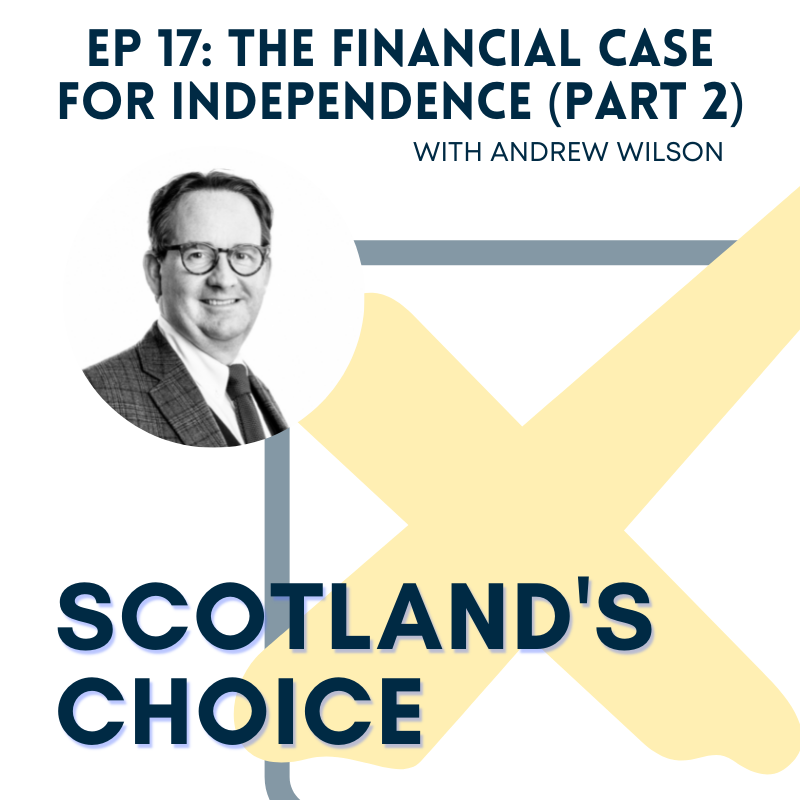 In Conversation with Andrew Wilson.

Andrew Wilson joins host Drew Hendry MP this week on Scotland’s Choice. This is the second part of Drew’s conversation with Andrew. If you haven’t already listened to part one, we recommend you do so before listening to this episode.

Andrew is one of the leading voices when discussing the financial aspect of independence. His CV shows an economist who is both well respected, and clearly knowledgable about the economics of independence in particular after chairing the Growth Commission report, completed in 2018. Initially, this episode was planned to be one episode of regular length. However, it quickly became apparent to Drew that the conversation was going so well that it wouldn’t be right to cut it short.

So, what is the financial case for independence? Roger Mullin pointed out in a previous episode, perhaps the question should be “what is the price of dependence?” Brexit has caused many issues for the UK, not least Scotland, and 62% of Scottish voters voted to remain. With so many businesses in Scotland relying on trade with EU countries, the financial case here is pretty certain. Brexit is damaging businesses and rejoining the EU is in the best interests of the Scottish people. But how easy would it be to rejoin? Much is said about Scotland’s ‘deficit’, currency issues, and so on, Andrew explains why it would be a much more simple process.

Another financial argument often made by unionists is that the pensions of those who have retired in Scotland would be at risk. Andrew outline why exactly this is not true, as well as making the point that the UK state pension is currently the worst in Europe. So, contrary to trying to protect it, we should be trying to better it.

Listen to all of the above and more in this episode of Scotland’s Choice. If you enjoy this episode, make sure to subscribe wherever you’re listening and also to our Youtube Channel.