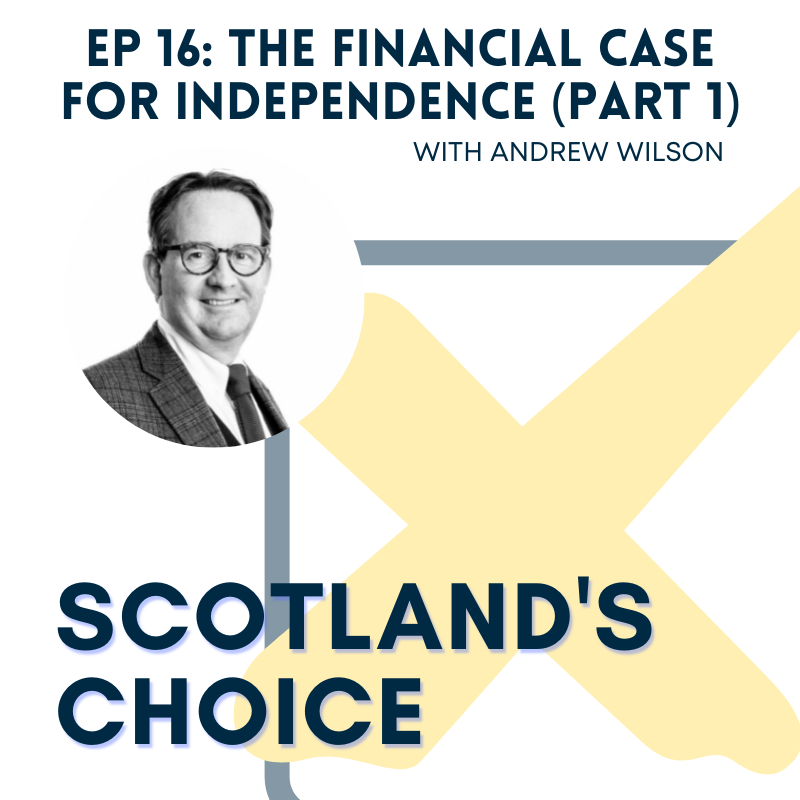 In Conversation with Andrew Wilson.

Following on from the round-up compilation specials, we’re back to new content this week. Economist and former MSP Andrew Wilson joins Drew to discuss the financial case for independence. This conversation was so interesting that we’ve split it into two parts as we didn’t want to cut anything out.

When talking about the benefits that independence could bring for us, it’s also important to acknowledge the challenges. It’s important that we level with folk we engage with that there will be some unknowns and some obstacles along the way. That being said, there is a clear financial case for independence. We shouldn’t feel embarrassed or shy about talking Scotland up, as the figures are clear and back it up. Early on in this episode, Andrew makes the point that, if Scotland were to become independent today, we would be the richest country in history to become independent.

Currency is a point that comes up time and time again. Andrew makes the point that the economy is a much bigger issue to be debated than currency. When Ireland gained independence, the focus was not on currency but on a strong economy. They tethered their own currency to the pound for some time before deciding to adopt the Euro. The SNP’s policy is to use the pound for a period of time and work towards establishing our own Scottish currency in the future.

Sticking with Ireland as an example, 60%-70% of their trade was with the UK when they became independent. Since joining the EU it’s dropped to 10%. We could find ourselves in a similar position which is why EU membership would be much more valuable to Scotland than remaining in the UK.

It’s crucial we get these arguments right and that we have an open and honest discussion with each other. Hopefully, this episode and part two will enable you to get informed and take part in a more meaningful way.