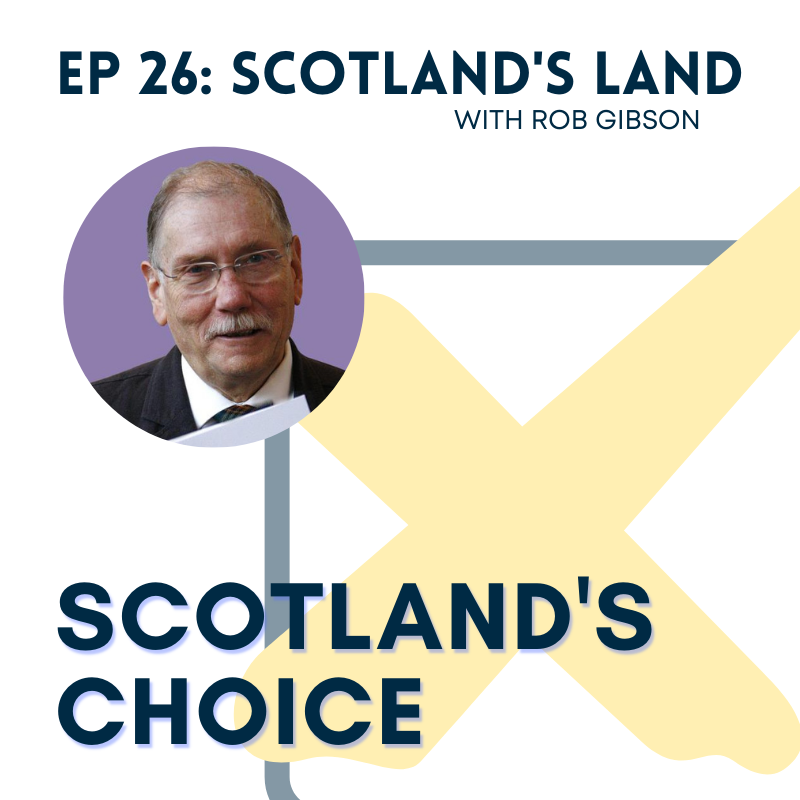 Scotland’s land is one of our greatest assets in so many ways, but decades and even centuries of mismanagement have held Scotland back.

Rob Gibson was an MSP in the Highlands for 13 years and served as convener of the Rural Affairs, Climate Change, and Environment committee. A well-respected author, Rob has written many books about Scotland’s land and the reform it so desperately needs.

83% of Scotland’s population currently live in 2% of the land mass. This has led to a huge imbalance and vast areas of Scotland are occupiable yet unoccupied. Conversely, densely populated areas struggle with overpopulation. So, what can be done to help fix this?

The Scottish Government’s Land Reform (Scotland) Act has strengthened rights across the board. As a result, communities now have new routes to purchase land for sustainable development via ‘Community Right to Buy’.

Evidence shows that when communities are given more power over the decisions being made locally to them they flourish, and residents become more engaged and involved. This is why independence matters. Scotland needs the full powers to control the land here in Scotland.

This is just a brief summation of Rob’s points he puts across in this podcast. Listen to the full episode now.