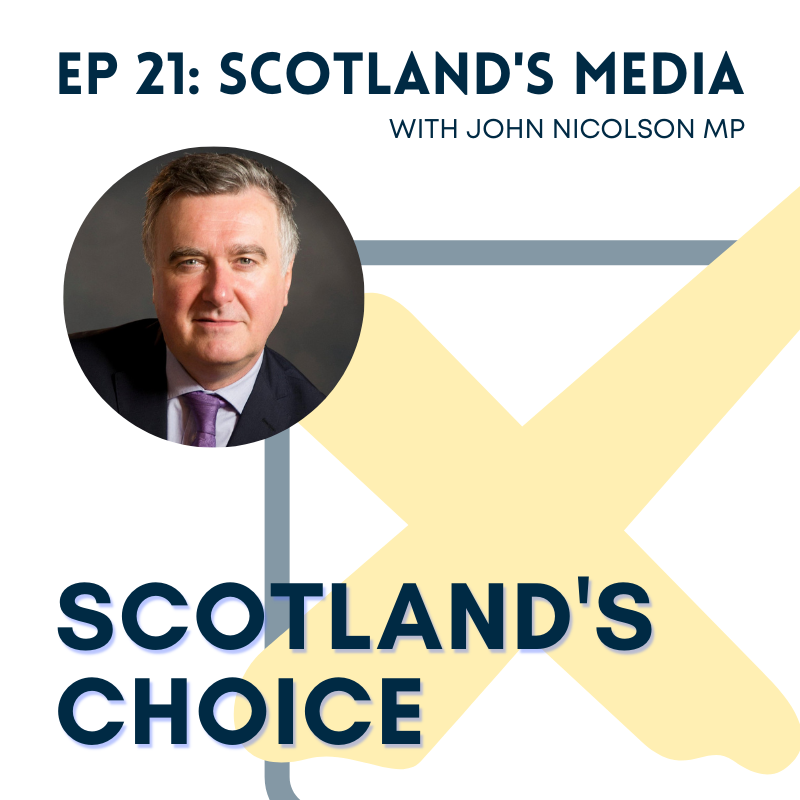 Scotland’s media came under much scrutiny in the run-up to the first independence referendum in 2014. John Nicolson MP is SNP spokesperson for Digital, Media, Culture, and Sport. Here, he sits down with host Drew Hendry MP to talk through the various aspects of Scotland’s media.

Scotland’s national broadcaster in the UK is the BBC. Studies have shown they protected union representatives during the campaign and disproportionately weighted the argument in their favour. This isn’t appropriate for an institution that, by definition, is supposed to be impartial. Privately, John says, the BBC apologised and admitted they got it wrong. What can we expect this time around?

Do the political debates serve a purpose and are our leaders held to account as well as they should be. John would like to see the return of long-form political interviews from the likes of Paxman and Neil who, whatever their politics, ensure they interview everyone fairly and robustly.

On print media, so many of our newspapers in Scotland are owned by the few. The National is the only major newspaper in Scotland to support independence when polls currently show there to be a 50/50 split in the general population. How can this be right?

And what of the musicians who relied so heavily on the European touring market? In the wake of Brexit, they face extortionate visa fees, and the haulage companies crucial to the operation are in trouble too.

Listen to John’s take on all of this, and more, on this episode of Scotland’s Choice.