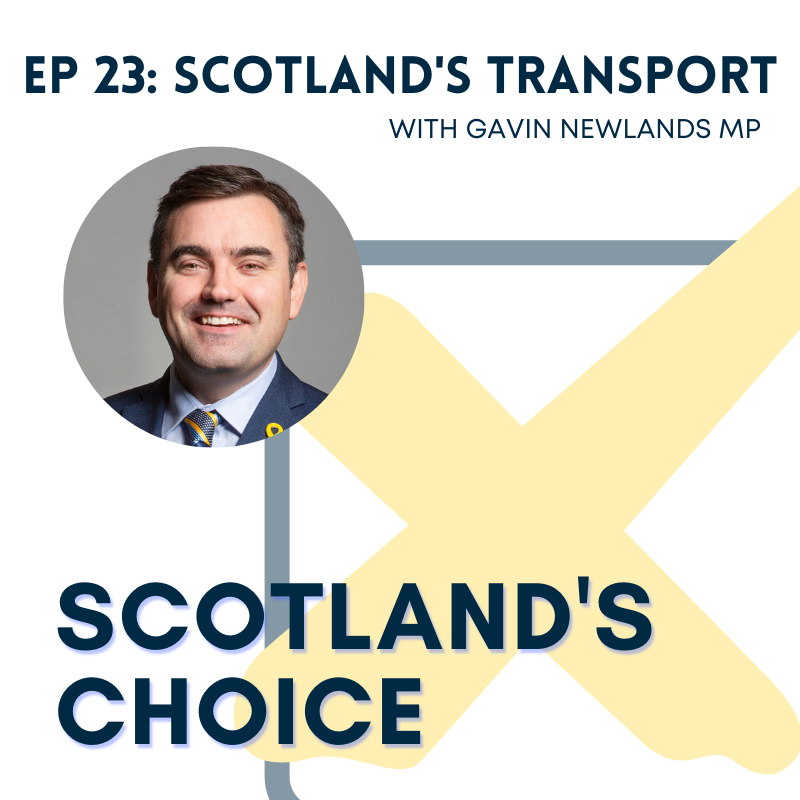 Transport plays a huge part in all of our lives. Whether it’s commuting to working, travelling for a holiday or supermarket supply chains, transport plays a vital role in modern life. SNP transport spokesperson Gavin Newlands MP joins host Drew Hendry MP on this episode of Scotland’s Choice. They discuss the current state of affairs in Scotland as part of the UK, and what we could do differently as an independent country.

At the time of recording and publishing, the UK is experiencing a critical shortage of HGV drivers. This is affecting supply chains across the board. From supermarkets to petrol stations, we are experiencing shortages of everyday necessities, something the UK Government promised us wouldn’t happen. So why has this happened? And was the government warned about this prior to Brexit happening?

Transport, of course, is more than just lorry driving. Many of us travel to work every day and rely on the infrastructure of roads and rails. So why have successive UK Governments neglected to invest in these areas? The dualling of the A9 wasn’t going to happen until the Scottish Government stepped in, for example, and the rail network (which is reserved to Westminster) is decades behind our European neighbours. The UK is investing billions of pounds into HS2. A project which, in its current proposed iteration will start in London and finish in Birmingham. A project which won’t benefit Scotland in any meaningful sense.

Electric vehicles are clearly the transport of the future. The price is on a downward trajectory and will soon be the norm and Scotland must be ready for this. The Scottish Government has already invested in a vast charging network to make electronic cars and vans more viable. In addition, the Scottish Government’s interest-free loans of up to £30,000 when buying an electronic car far outdo the UK’s offer, which has halved in recent years. Can the Tories really say they care about the environment when they are cutting grants and loans for electronic vehicle ownership, and inhibiting investment in rail outside of HS2?

Listen to all of the above and more on this week’s episode of Scotland’s Choice.